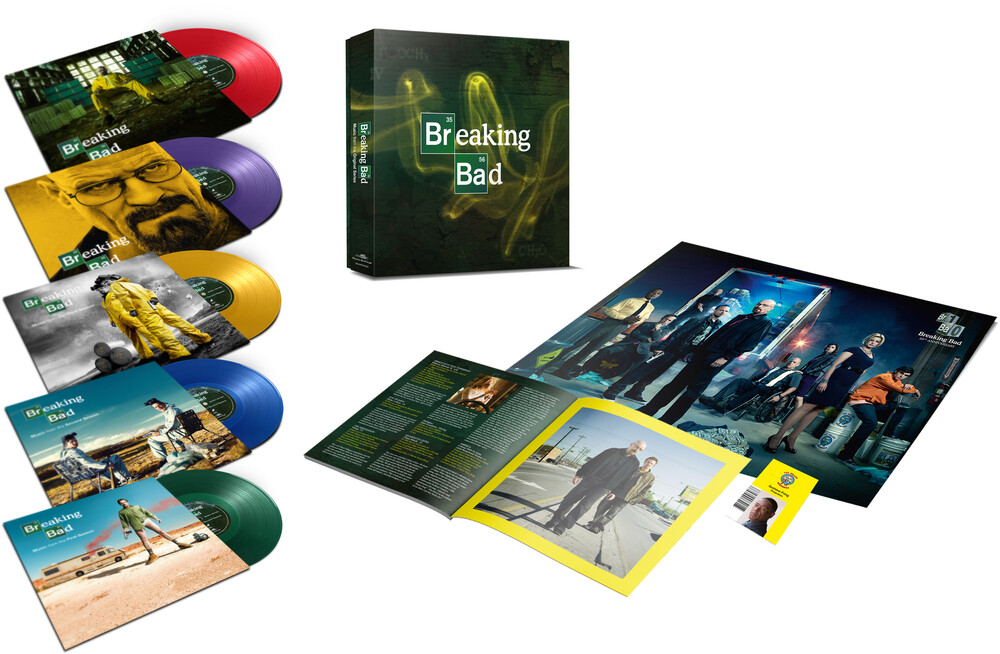 Breaking Bad is one of the most critically acclaimed television shows of all time. Following it's premiere in 2008, the show's five-season run won 16 Emmy Awards and earned 58 nominations and continues to appeal to new fans every day in over 170 territories worldwide. The series follows the story of Walter White, a desperate man who turns to a life of crime to secure his family's financial future, and is supported by an impressive soundtrack. Music from a variety of styles and decades can be heard throughout the 5 seasons of the series. Breaking Bad remains as relevant as ever today. In celebration of the success of the series, Music on Vinyl is releasing a box set of 5 x 10' vinyl in 5 different jackets, containing the definitive collection of Breaking Bad songs, including tracks by Badfinger, Calexico, America, Fever Ray, Apparat, Marty Robbins, Vince Guaraldi, The Peddlers and many more. Also included are iconic character dialogue snippets from Walter, Jesse, Skyler, Mike, Gus and Saul, among others. Colours are a recurring theme in Breaking Bad. The clothing colours that characters wear represent various themes and their relationships to each other in each scene.
back to top