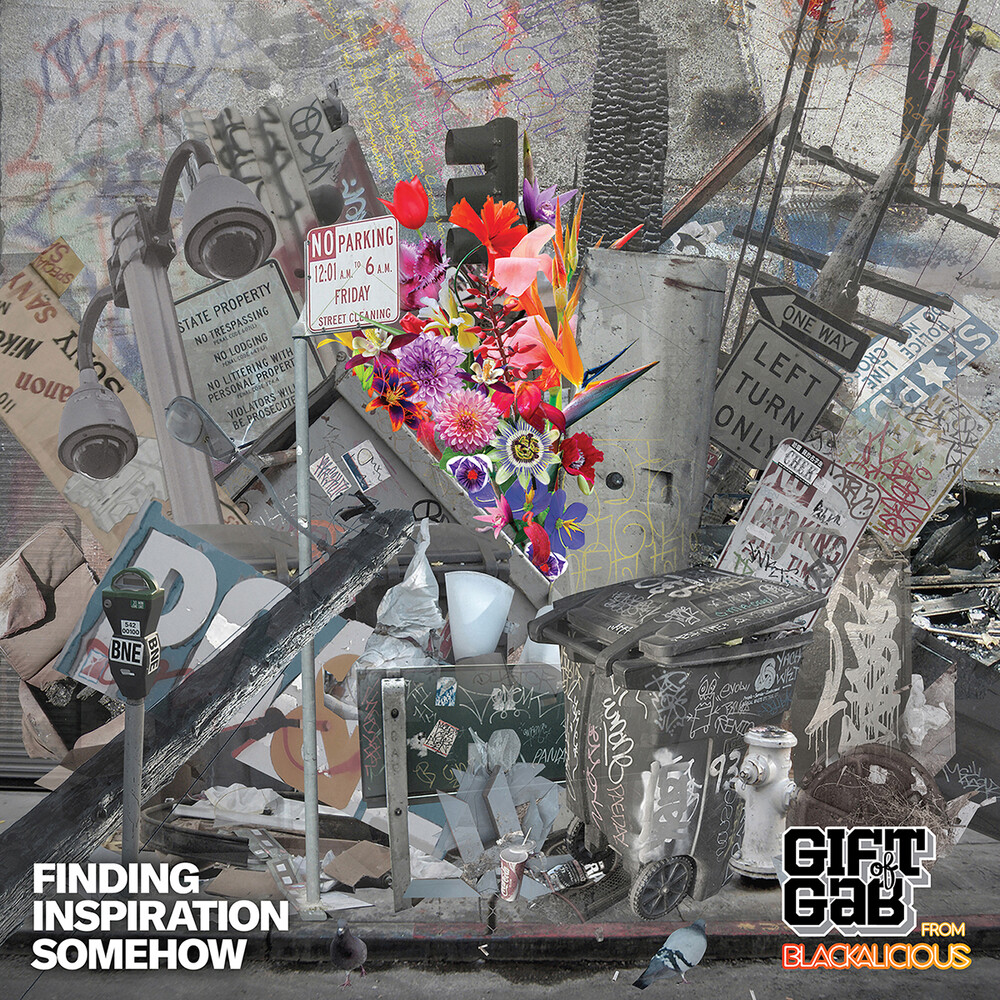 The tragic passing of Gift of Gab has lead to an outpouring of love and support from fans across the globe. As one half of trailblazing Bay Area duo Blackalicious, Gift Of Gab was at the forefront of the independent hip-hop movement that revitalized the West Coast scene in the late 1990s and early 2000s. His complex, tongue-twisting lyrical acrobatics headlined a string of classic Blackalicious albums, which featured iconic artists like Jurassic 5, Gil Scott-Heron, Rage Against The Machine, Questlove, George Clinton, DJ Shadow, and more. In recent years, Gab endured kidney failure, dialysis, and an emergency transplant, but remained resilient, finding empowerment in music. Recorded in the midst of these health struggles, the new album "Finding Inspiration Somehow" was already complete and set for release upon his death, and will now become the first posthumous collection from Gift Of Gab. An impressive showcase from one of the great wordsmiths in rap history, "Finding Inspiration Somehow" is a testament to perseverance, and a fitting tribute to an artist who will never be forgotten.