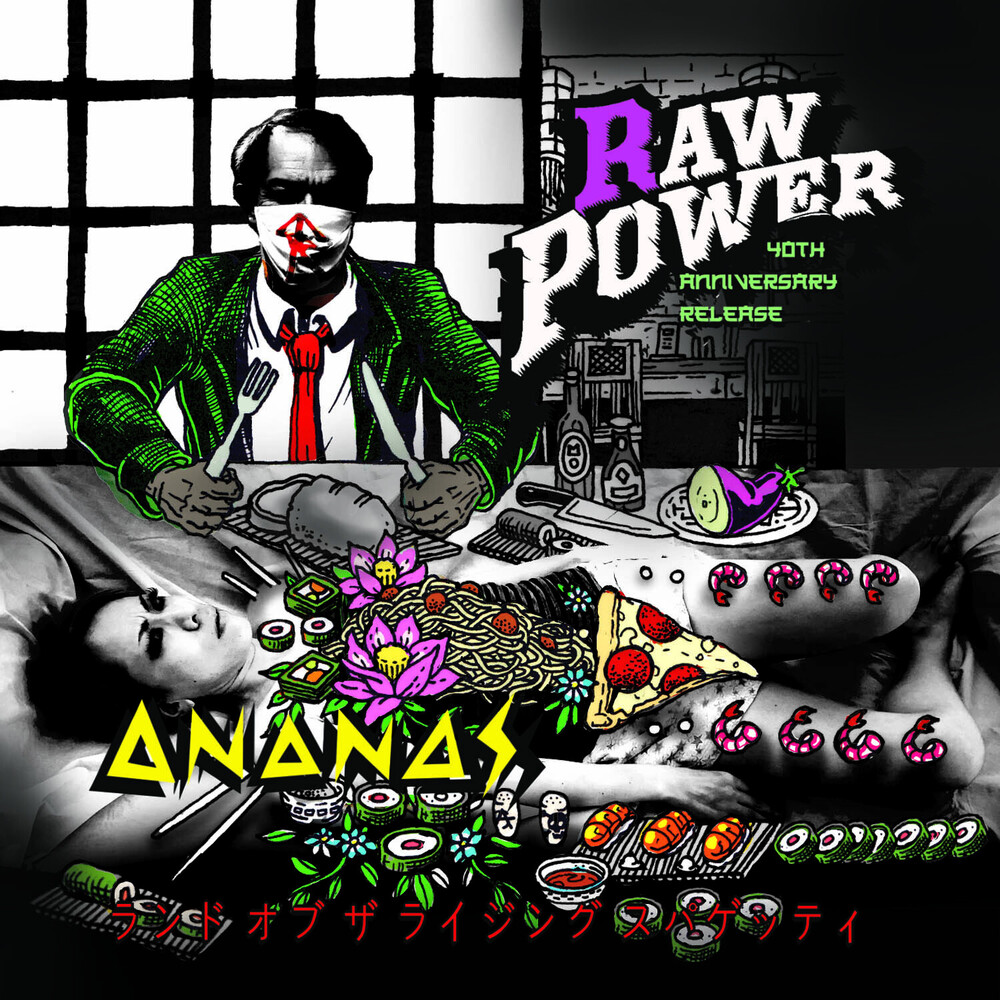 ITALIAN PUNK FUSED WITH JAPANESE HARDCORE: Raw Power was formed in 1981 by two brothers from Poviglio, Italy, Mauro on vocals and Giuseppe on guitars. Land of the Rising Spaghetti commemorates their 40th Anniversary release and their pre-Covid 19 tour of Japan with the Ananas opening. The line-up for Raw Power's side of the record includes Mauro Codeluppi on vocals, Marco Massarenti on bass, Paolo on guitars, Berta on drums and Giuseppe in spirit. Sadly, Giuseppe left the planet on October 6th, 2002 but his guitar can still be heard screaming from the gutters. He was with Raw Power for slightly over a quarter of a century and is the driving force between Mauro's desire to keep the band functioning until he too passes on. Executive producer, David Ulysses Portnow first saw Raw Power in 1986 at the Gorilla Gardens all-ages club where he worked until it's closure. "Funny thing about that night, the opening band was Guns & Roses," he recalls. In 1987, Raw Power returned to the US and headlined a massive US and Canadian tour with the Dayglo Abortions and Dehumanizers in tow. Raw Power have also performed with the Ramones, Dead Kennedys, Circle Jerks, Adolescents, DOA, Agnostic Front, Suicidal Tendencies, Motorhead and a list of heavy hitters that goes on and on, including Japan's female fronted Ananas. PIG Records was searching for more female representation in punk and found it with the Ananas. PIG Records wants to emphasize the importance of women in rock. Mauro gave his full support to the concept and describes front lady Karina Friday as the modern-day version of Mr. Chi Pig from SNFU, may his soul rest in peace as well. The Ananas are from Kyoto, Japan and Karina is supported by Junichi on guitars, Awaji on bass and Kazu on drums.
back to top