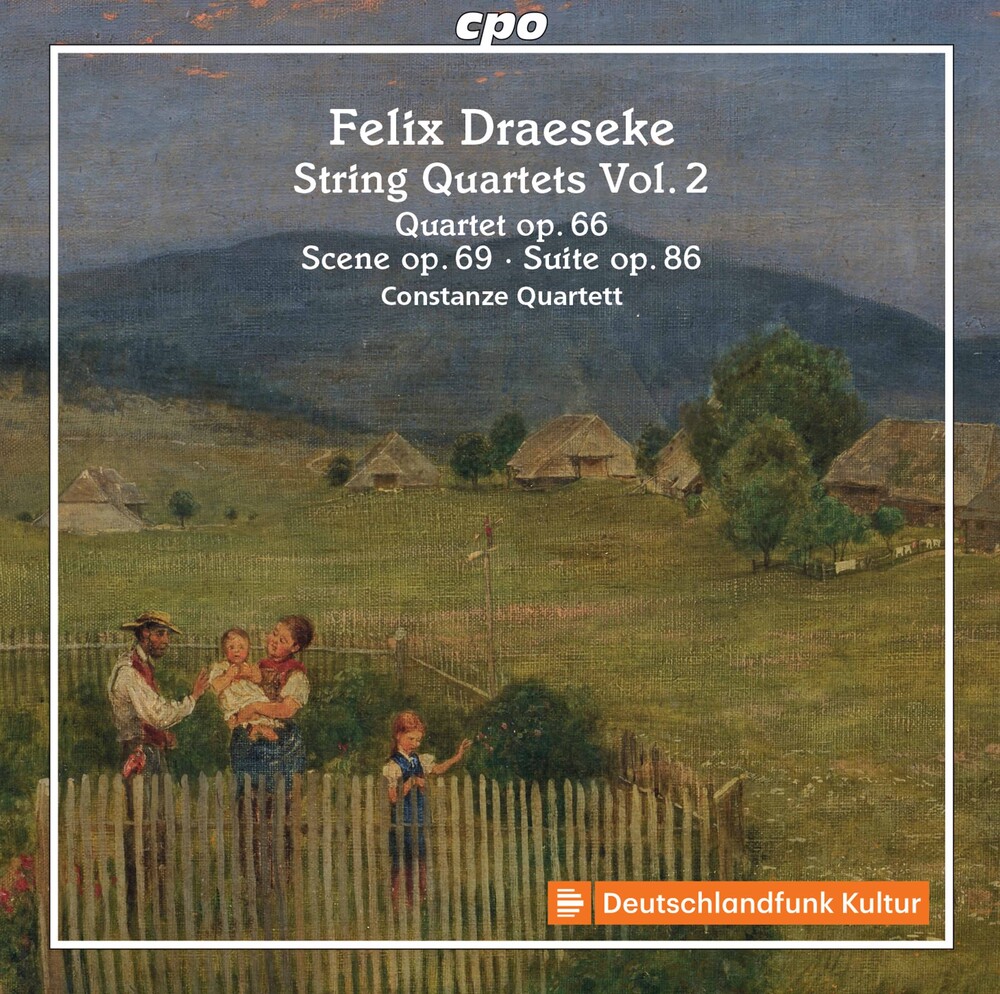 Vol. 2 once again demonstrates the unique stylistic quality of Felix Draeseke's works for strings. When the composer turned to the quartet genre, he ventured onto compositional terrain largely regarded as the domain of composers of traditional orientation. Wagner's influence is also found in Draeseke's quartets, though not in the form of an imitation of Wagnerian composing but as a creative rendering of the Classical composers as they had been conveyed to Draeseke by Wagner. The idea of the "melodic thread" running through the music and unifying it is everywhere in evidence in these works. The composer's third quartet, his op. 66, was regularly performed in Central Germany during his lifetime - for instance, in Leipzig in 1911, when the Gewandhaus Quartet included it on the program for the celebration of the hundredth anniversary of Franz Liszt's birth. Draeseke's op. 66 quartet differs from all of his other works in sonata form in that it is designed in five movements, a structure reminding us both of Beethoven's Quartet in A minor op. 132 and Haydn's early quartet divertimenti. Both spheres, the sublime tone of the "Heiliger Dankgesang" and the carefree mood of the cassations and serenades, seem to occur in continuous mutual interpenetration in this work. The "most feared contrapuntist" reveals his strictest mien, while at the same time showing that he is a subtle humorist who in particular delights in play with metrical emphases.
back to top