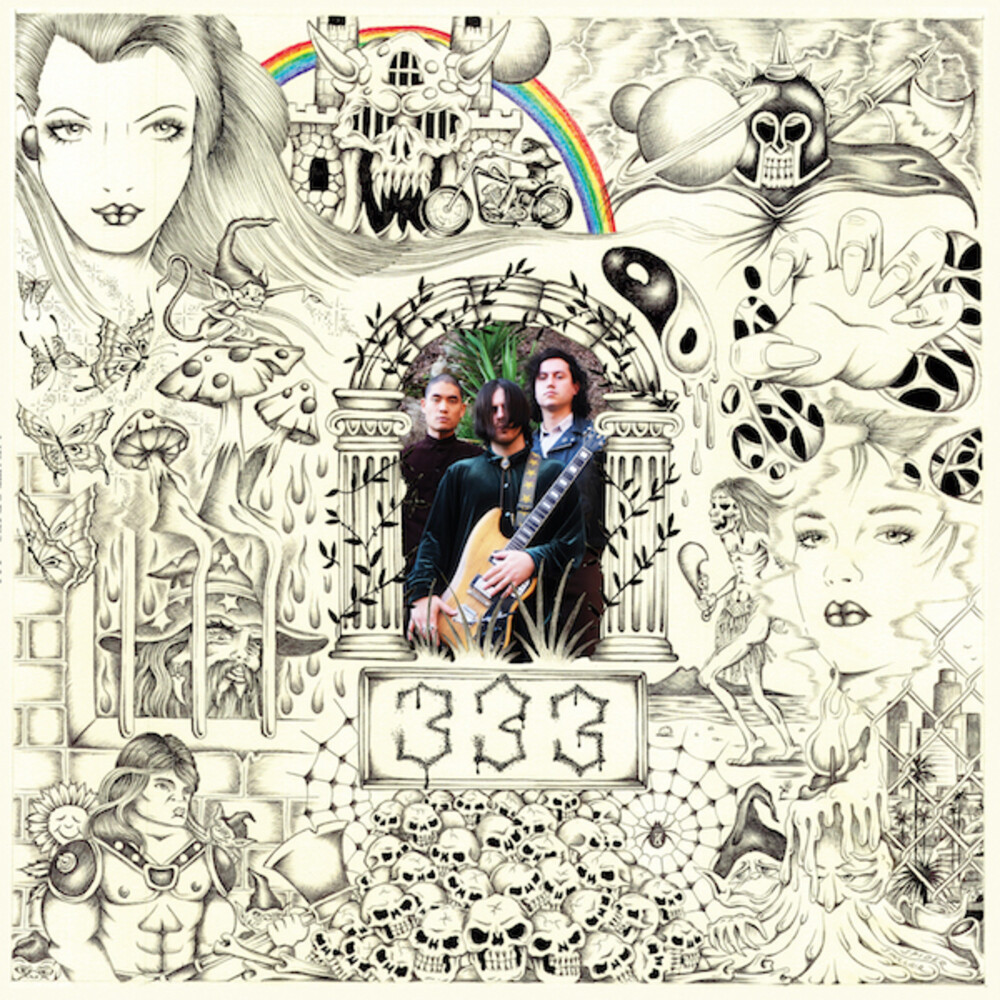 Over the course of the decade, Meatbodies' Chad Ubovich has been a perennial candidate for MVP of West Coast's fertile rock scene. The LA native could be seen peeling off guitar solos in Mikal Cronin's backing band, supplying the Sabbath-sized low end for Ty Segall and Charlie Moothart as the bassist for Fuzz, and, of course, fronting his own Meatbodies. Today the recently dormant experimental noise / freak-rock outfit has announced their return with 333-a corrosive stew of guitar scuzz, raw acoustic rave-ups, and primitive electronics that charts Ubovich's journey from drug-induced darkness to clear-eyed sobriety. 333 simultaneously reflects on how the world he re-entered was still pretty messed up-if not more so. "These lyrics are dark, but I think these are things that a lot of people are feeling and going through" he says. "Here in America, we're watching the fall of U.S. capitalism, and 333 is a cartoonish representation of that decline." In mid to late 2019, the band-Ubovich and drummer Dylan Fujioka-had a new album in the can, ready to be mixed. But when COVID hit, like so many other artists, they put their release on hold as they rode out the pandemic's first wave. During that idle time, Ubovich discovered a cache of demos that he and Fujioka had recorded in a bedroom back in the summer of 2018, and he really liked what he heard. In contrast to Meatbodies' typical full-band attack, it was deliriously disordered. "It sounded gross, like a scary Magical Mystery Tour," he recalls proudly. After subjecting them to some mixing-board freakery, Ubovich fast-tracked the songs into becoming this third release of theirs, 333. It proves Meatbodies have greatly expanded their palette, opening new portals to explore. And for an album that wasn't supposed to exist, 333 is the ultimate testament to Meatbodies' renewed vitality.
back to top