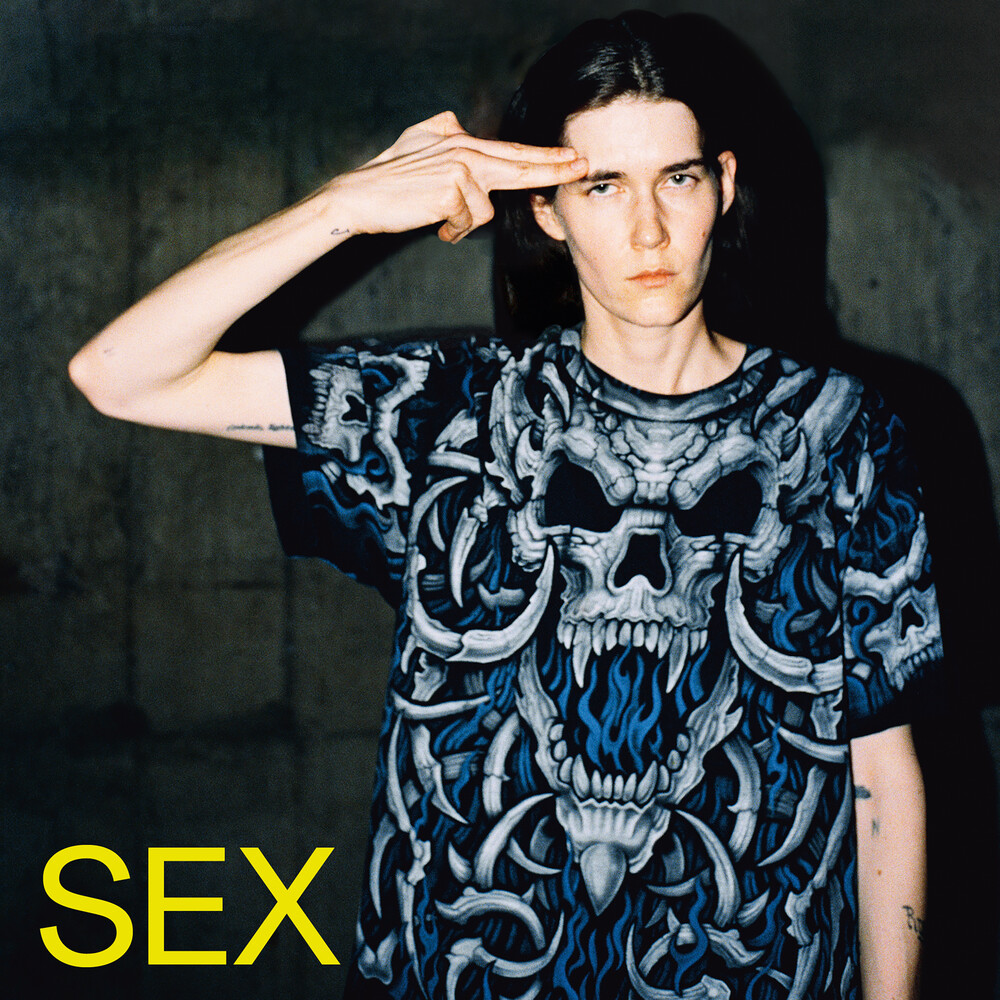 'SEX' is the forthcoming record from acclaimed contemporary artists Anne Imhof, Eliza Douglas and composer Billy Bultheel. It was composed during the development of Imhof's art exhibition of the same name, previously exhibited at Tate Modern, London, The Art Institute of Chicago and Castello di Rivoli Museo d'Arte Contemporanea. Music is core to Imhof's work. It functions not only as a soundtrack to perform to, but rather that music itself, and the act of performing music, becomes a work of visual merit by it's very nature. Imhof's performance work, in collaboration with Douglas, is often described as visually being a futuristic, nihilist take on pop culture citing metal and grunge aesthetics while making connections to thematics of classical painting. The concert itself becomes a visual language in Imhof's performative work which sits evenly placed with her painting and sculpture. Imhof, Douglas and Bultheel adapted the songs from how they appeared in the exhibition 'SEX', with the result being a compelling record that can act as an imaginative accompaniment to the 'SEX' performances, as well as stand alone as a progressive collection of contemporary compositions. 'SEX' references punk, industrial and grunge, while boldly juxtaposing these forms with music of the classical and baroque period. 'SEX's compositions combine classical formals and orchestration with vocals that are rooted in subcultural traditions, thus beautifully overdrawing and overwriting these classical forms with the composer's own. Harpsichord and oboe are combined with distorted electric guitar, or exuberant string ensembles with heavy industrial drums. The amalgamation of genres contained in the album was also integral to the choreography of the 'SEX' performance, where waltzes and tangos were contrasted with stage diving, slam dancing and moshpits. What resulted was a surreal ballroom, loaded with desire and aggression. In the same vein, the record fearlessly shapeshifts, blending genres and styles to evoke an impressive array of moods. The voices and instruments crush like operatic electric waves throughout wide rages, laughing, shouting, coming close and being far. Oscillating between fragility and flamboyance, Douglas and Imhof's versatile voices reinvent themselves from one song to the next, while singing songs of love and hate. The final song on 'SEX' ends with a lyric from the band LOW, "All you Pretty People, you're all gonna die". This ambiguous moment, a prophecy sung in Douglas' vibrating baritone voice, rattles the listener despite the mundane truth of the statement. This complexity is reflected in the album itself, allowing for an unusual multiplicity of emotions and interpretations with impressive depth and dynamism. The record's release coincides with the final performance of 'SEX' at Castello di Rivoli in Turin in September 2021 and the opening of Imhof's Carte Blanche exhibition 'Nature Mortes' currently on view at Palais de Tokyo, Paris through October 2021. The album is mixed & engineered by Ville Haimala and mastered by Rashad Becker, featuring design by ZAK Group and photography by Nadine Fraczkowski. All tracks by Anne Imhof, Eliza Douglas & Billy Bultheel, track 6* by Eliza Douglas & Ville Haimala.
back to top