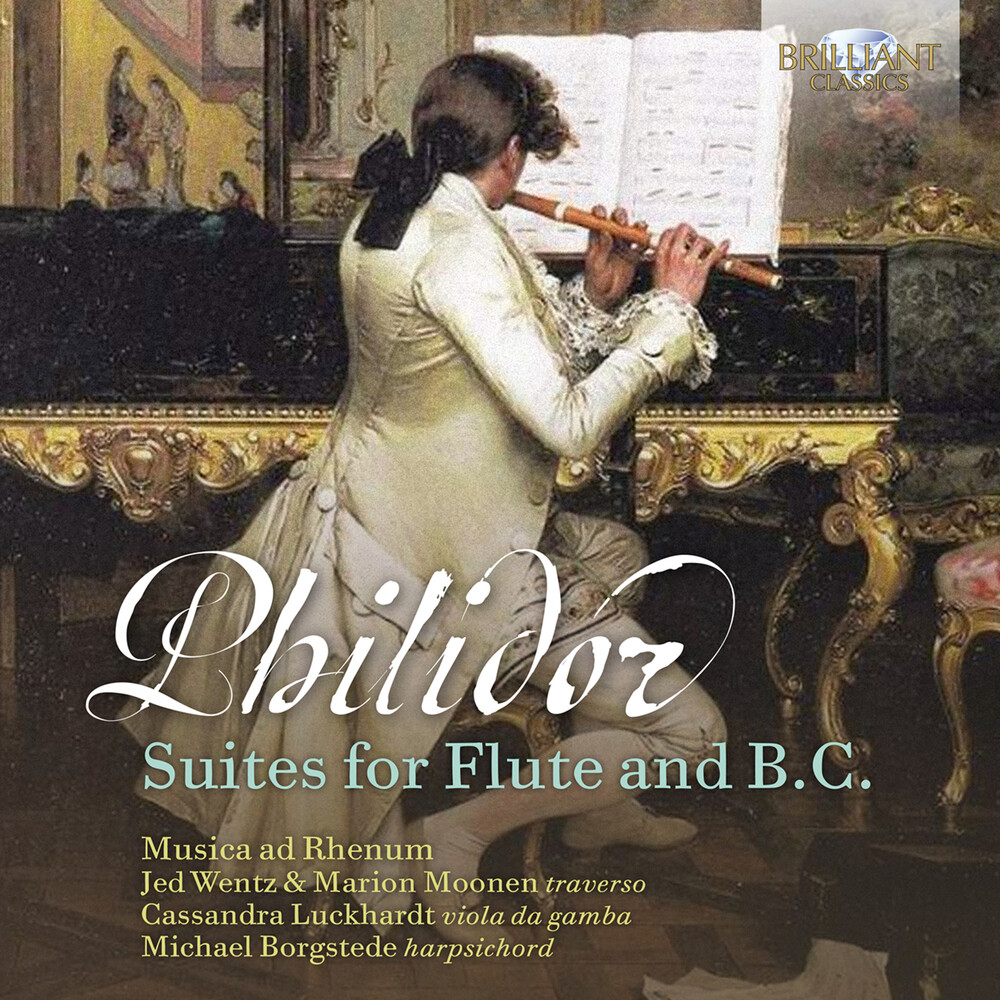 The Philidor musical dynasty begins with André Danican Philidor (1652-1730), a musician and composer who played in many of Lully's productions. Among several musical younger relations, Pierre Danican Philidor (1681-1731) was one of the most talented: a wind player like his uncle André but also a violist. In this capacity he joined the chamber du roi of the infant King Louis XV in 1715, where his colleagues included François Couperin and Marin Marais. Little of Pierre's music survives beyond these 12 suites, which were published in Paris in 1717 and 1718. Yet as he explains in his booklet introduction, Jed Wentz esteems them alongside the chamber music of Couperin and Marais, among the most significant precursors to the more florid output of the following generation exemplified by Michel Blavet and Jean Daniel Braun (who have also been the subject of critically acclaimed albums by Musica ad Rhenum). Philidor's sophisticated harmonies compare favourably with the plainer, less adventurous rhetoric of the better-known Hotteterre and de la Barre. If the artistic quarrels which took place at Louis' court fiercely debated the value of Italian style as a cultural import, Philidor's suites seem calculated to argue the case for the defence of native taste and values. The gentle spirit, highly wrought textures and manneristic elegance embody received ideas of French music, then and now. These ideas are understood and communicated with native fluency by the Dutch-based early music ensemble Musica ad Rhenum, who have made a specialty of lesser known music from the 18th-century French courts.