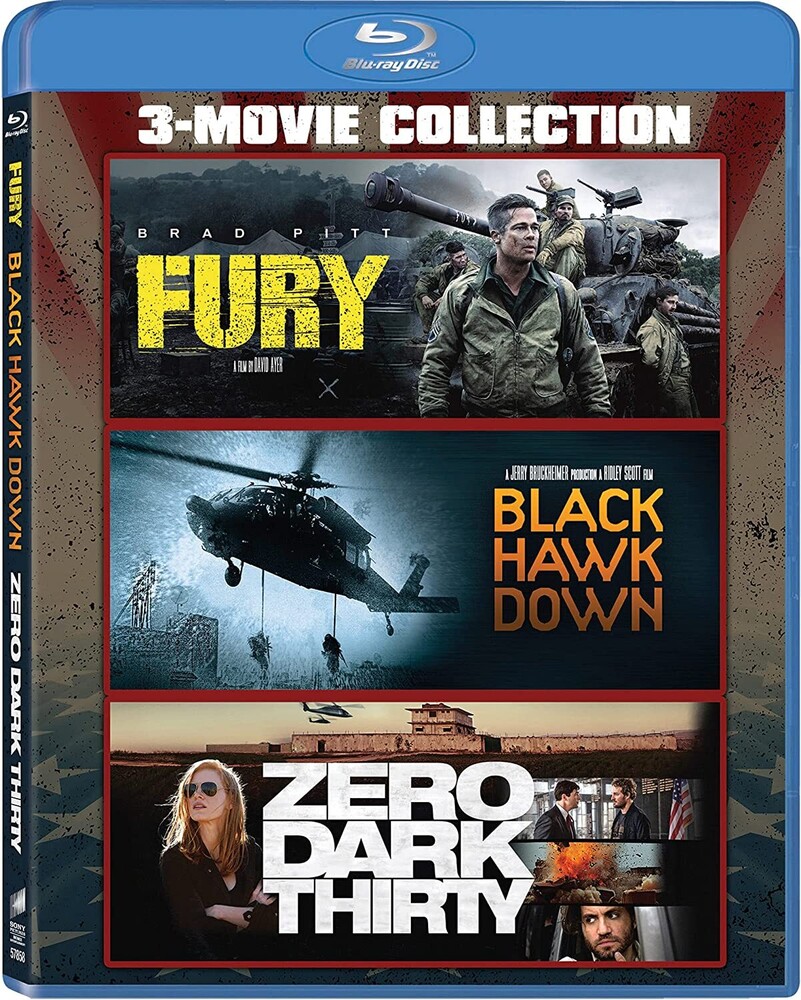 Fury - A grizzled tank commander makes tough decisions as he and his crew fight their way across Germany in April, 1945. Black Hawk Down - 160 elite U.S. soldiers drop into Somalia to capture two top lieutenants of a renegade warlord and find themselves in a desperate battle with a large force of heavily-armed Somalis. Zero Dark Thirty - A chronicle of the decade-long hunt for al-Qaeda terrorist leader Osama bin Laden after the September 2001 attacks, and his death at the hands of the Navy S.E.A.L.s Team 6 in May 2011.
back to top